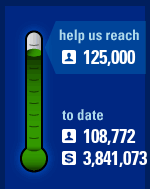 Texas, Georgia (special election), Kansas, and Louisiana—these four Senate races will deliver real bang for your buck. Chip in $5 to each of them right now.

KB DEMS, with just days to go, many grassroots donors are getting ready to make their final contributions of the election. Short on time, and with many Democrats already smashing fundraising records, “Where will my money do the most good?” has become a very important question.

Here at Daily Kos, we have said from the start that if beating Trump is Priority #1—and it is—then taking back the Senate is Priority #1A. Mitch McConnell’s desperate, rule-breaking, last-minute confirmation of extremist Amy Coney Barrett to the Supreme Court makes plain why winning the Senate is so damn important.

Senate Democratic candidates have been among 2020’s biggest fundraisers, so Daily Kos is focusing its final fundraising push on four key races in red and purple states where we think you’ll get the most bang for your buck in these last days.

Texas, Georgia (special election), Kansas, and Louisiana—these four Senate races will deliver real bang for your buck. That’s why I’m asking you to chip in $5 to each of them right now.

Daily Kos endorsed in nine Senate races over the course of 2020, and we’ve raised millions of dollars to flip the Senate from red to blue. Here’s why we think these four races deserve your support during the stretch run:

Smashing Mitch McConnell’s rotten majority is a priority second only to beating Trump. So please click here to chip $5 to each of these four Democrats. They’ll deliver the best bang for your buck.

Republicans hold a 53-47 majority in the Senate. That means Democrats need to win at least three seats to take back the Senate—or four, if Trump somehow manages to win a second term.

The good news is that we’re on offense this year, with Republicans defending a whopping 23 seats and Democrats just 12.

It still won’t be easy. Flipping a Senate seat is never a simple task, and many seats are in deep red turf. But it’s vital, because if Mitch McConnell remains in charge, he’ll keep acting as “Grim Reaper” for everything Democrats want to pass.

We must flip the Senate! Please give $1 to help Democrats in each of these crucial races!